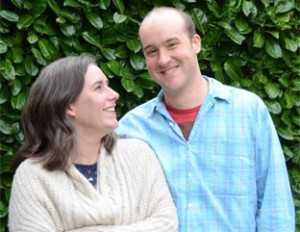 We have always felt that we have a close relationship; we talk a lot and share our concerns and responsibilities together.

This year we took on the challenge of running a ‘Together’ group. This should be fairly straight forward, we thought. In some ways yes, it has been as we have found ourselves having conversations that we wouldn’t have had without working through the material. Conversations that have brought us much closer together and helped us to understand our differences.

We are both fairly competitive people and during this last ‘Couple Time’ we discovered there can be negative consequences from that in our relationship.

Dave realised: “I found it easy to encourage and affirm Jo in things that I knew I couldn’t do, like admin, but in areas like public speaking, which we both do, my competitive nature kicked in and I found that when I wanted to praise her it was difficult for me to do that.” For Jo just knowing that that was an issue has made such a difference: “I thought Dave didn’t think I was any good, or didn’t want me to be out there using my gifts and skills.”

Jo realised: “I have tended to be quite critical of Dave, not holding back but telling him whenever there was something he did that I didn’t like. I have made more of an effort recently to accept him as he is.” Dave’s response: “As I’ve felt more accepted by Jo I’ve felt less pressure to be perfect and felt that I can be more myself.”

We’ve also discovered that our communication styles are really different: Dave’s a thinker and Jo is a talker. “I’ll always say what’s on my mind,” Jo says. “And if I feel I have a need I’ll make it known, I’m always just blurting stuff out.”

Dave says: “I’m more likely to think things through and if I think Jo needs to know something I’ll tell her. I’ve sometimes found myself not mentioning my needs, thinking that Jo wouldn’t consider them important. Yet often when I do tell her about something I want to do or need, she’s responded positively. I want to be more open with Jo so that she can give me her response rather than me deciding in advance what she thinks.”

We found that our time with friends chewing over the bible and relationships has been really valuable and having to do the Couple Time has meant we have a reason (as if we need one) to prioritise our time together.

Find out more about ‘Together’ and how it works HERE.